“Frosty” Kirk Kjensrud (FK) battled many phobias: loud noises, balloons, elevators, clowns, children, confined areas, crowds, and thunder. He wanted to work so badly that he willingly participated in de-sensitizing, cognitive restructuring, and role playing done with Sunrise Staff and reinforced with his life coach. He was offered a job with McDonald’s as a lobby attendant. The restaurant in which he worked also has a children’s play area. With coaching from natural supports, a life coach and job coach, he learned to tolerate children, clowns, balloons and crowds. Role playing moving amongst customers, asking children to do something, and actually touching balloons help him overcome these challenging phobias. 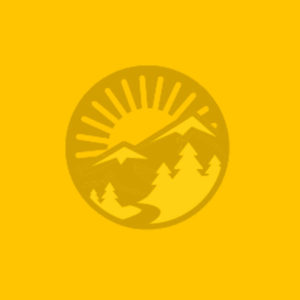 His worksite coach, Millie became very close to FK and she was able to encourage him to go into the walk-in refrigerator and  walk-in freezer for work related tasks. His life coach thought he would never achieve this feat! There are future plans to overcome his fear of elevators. At FK’s year anniversary, we applauded the many phobias he conquered. He personally challenged himself to go to work when a thunderstorm was predicted. He told his worksite coach, “I am just as safe at work as at home.” FK was beginning to realize that he can do things he once felt impossible! Getting this job and having the support from his team, including his family has been a life altering experience for FK.

He is so happy at his work place and has achieved his strongest goal- making a friend. He does activities with the son of a former co-worker. They have gone to movies, eaten out and other fun events. FK can proudly look back on how far he has come and now has a goal to go to Europe (he doesn’t fear riding the plane). What a transformation!  Sunrise staff continues to visit this highly successful man and applaud both his personal and professional growth. He is known to actually sing while working!

View all of the Sunrise Community Training Succcess Stories!